Bell Rock at Sunset 😍 Well done, Sedona!
Chapel of the Holy Cross in Sedona,
The view here in Sedona Is not too shabby. 😍
Just 45 minutes away from Edinburgh is the royal burgh of Culross. I loved wandering through the cobbled streets and soaking in the historic charm of the buildings. You can see more of Culross on the blog 👍🏻
Flamingo drama!
At the end of our time in Edinburgh, we headed up to Arthur’s Seat. I love the views along the trail, especially with the treat of blue skies to brighten everything up 😍 More of Arthur’s Seat on today’s blog!

On April 16, 1746, the Jacobites fought their final battle against the English on Drumossie Moor.  The Jacobite forces were exhausted and outnumbered, and their battle for the Stuart cause was over in just under an hour.  Culloden’s history hangs heavily in the air, so it seemed appropriate that on the day of our visit, the skies were gray and the wind was howling. 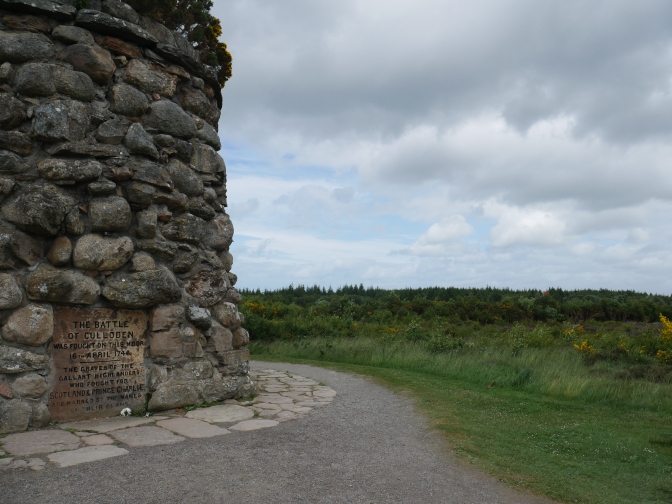 The Drumossie Moor is beautiful and would be a peaceful place to visit were it not for its grim history.  Long grass flecked with wildflowers stretches out to the hills, compelling would-be frolickers to forget that this is the site where so many lives were lost. 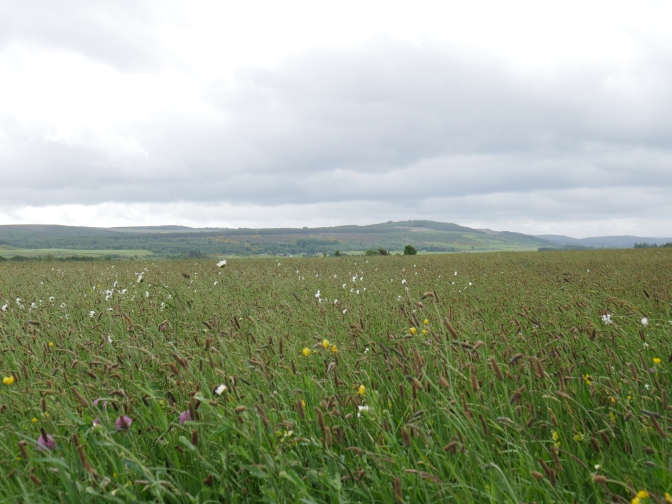 The beautiful setting cannot detract from the site’s brutal history for long, as the paths are lined with gravestones of the clans.  These stones were added over a hundred years after the Battle of Culloden, a remembrance of the clansmen who fought bravely and died here on this moor. 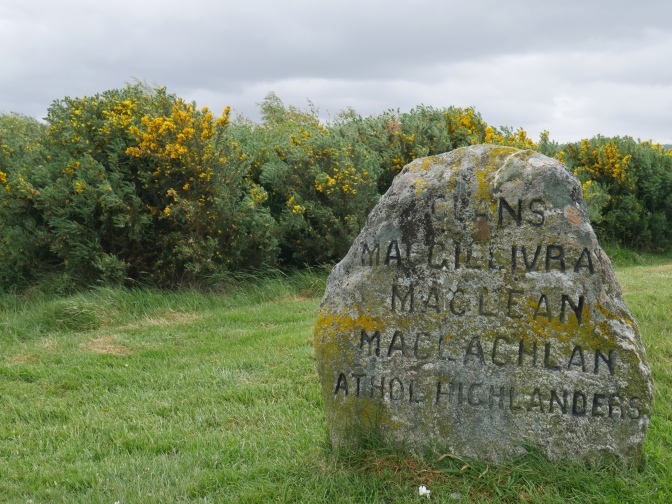 Flags and signs are posted to denote where the British and the Jacobites held their lines.  The blue flags mark the Jacobites’ positions and the red flags represent the British. If you follow along, you can imagine the fight unfolding. 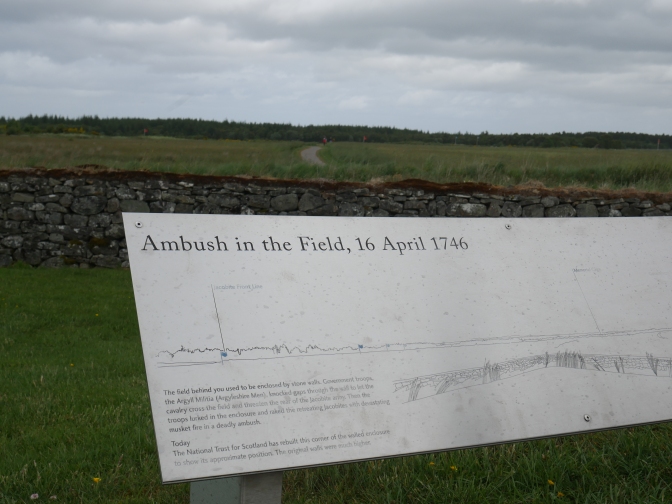 On the perimeter of the moor sits Leanach Cottage, one of the only 18th century farm houses remaining in the area.  Its location between the Jacobite and government lines makes it a likely spot for a field hospital during the battle.  The cottage remained occupied until the early 1900s. I can hardly imagine living in a home that saw such casualties. 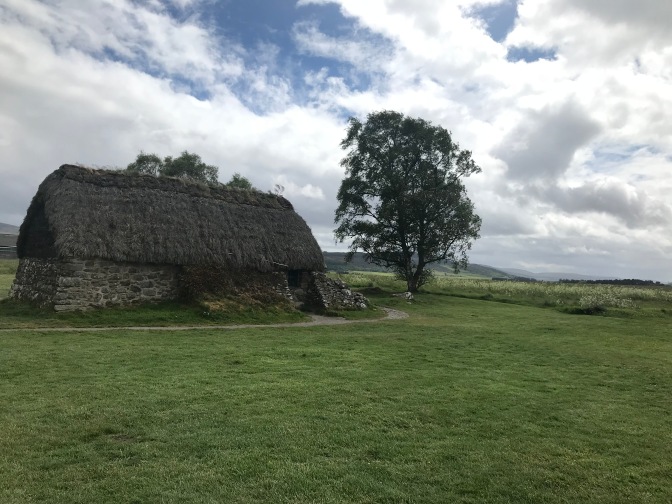 Leanach Cottage brings you back to the beginning of the tour.  In nice weather, it might be nice to stay a bit longer, soaking in the experience, but on a blustery day like this, a quick clip back to the car park was in order.  Our next destination was appropriate: The Culloden House, where Bonnie Prince Charlie, the leader of the Jacobite cause, made his battlefield headquarters. 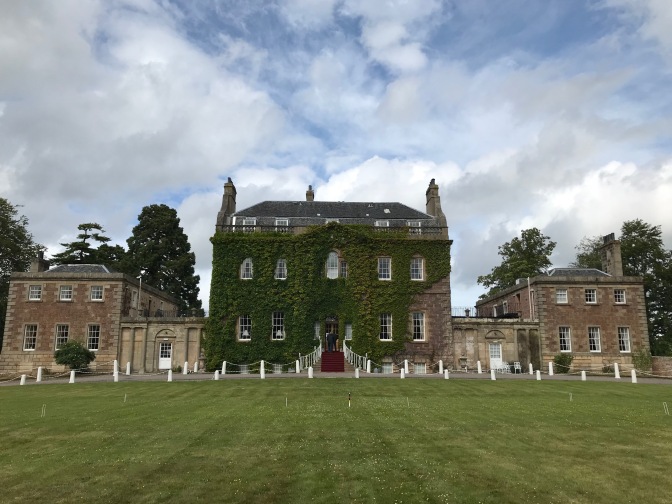